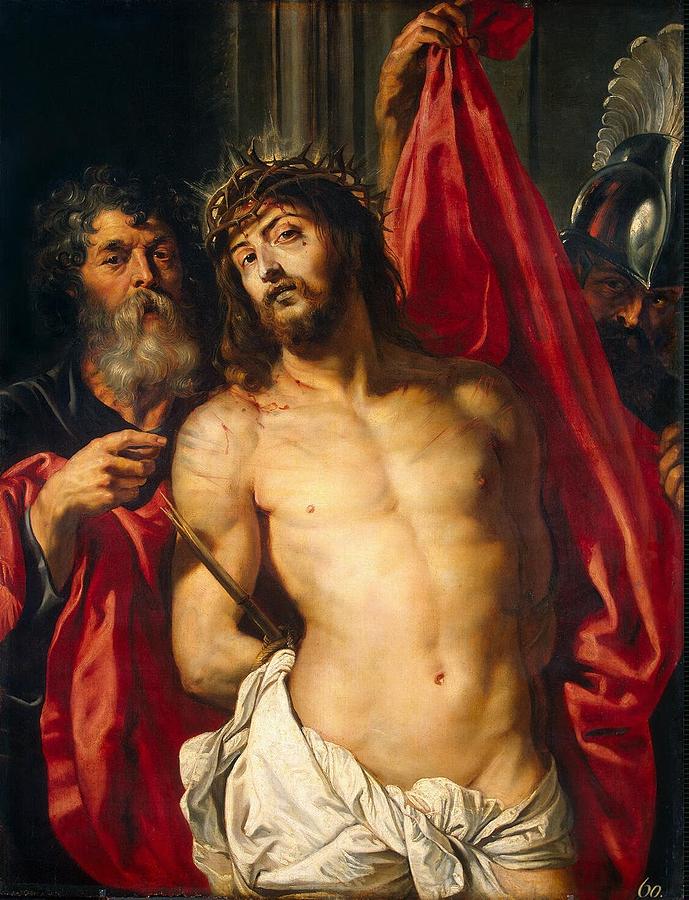 The daily Gospel reading from the Mass for Monday of the 12th Week of Ordinary Time is Matthew 7:1-5.

Christ continues His proclamation of the New Covenant in the Sermon on the Mount. Having revealed how men are to go beyond outer practices of piety to seek inner holiness in Chapters 5 and 6, Christ now reveals how sinful men are to engage other sinful men.

Christ commands men to not judge other men. Christ is not saying to accept or excuse sin, for Christ hates sin and urges fraternal correction by “taking the speck out of your brother’s eye”; He also urges fraternal correction elsewhere (Matt 18:15). Christ is saying men are not to pronounce condemnation on men for their sins, either  another in public or in their private thoughts; it is impossible to love when men condemn others as irredeemable.  Only Jesus Christ, the Divine Judge, has the authority, the Divine Wisdom and power to accurately judge all men, separating  the “sheep from the goats” (Matt 25:21-46).

Christ warns men about why they should not judge another man.  As He teaches in the Lord’s Prayer, men will be forgiven their trespasses only if they forgive others (Matt 6:12); here, Christ reveals that men will be judged by the measure by which they have judged other men. Christ also calls men who judge other men “hypocrites”, humorously describing how sinful men are blinded by their own sin (a “log” in their own eye) and cannot rightly judge another man. Instead of judging, Christ directs men to focus on their own growth in holiness (first, remove the log in your own eye).  As one’s sins lessen and men become more filled with Christ’s light, they can gently help another willing soul to turn from sin (i.e. helping a brother remove a splinter in his eye) through fraternal correction.

Awed by Jesus Christ – Divine King, Christ authoritatively commands men not to judge the souls of other men. Divine Teacher, Christ has deep insights into the hearts of men and and teaches why men should not attempt judgment, doing so with memorable phrases and humor. Divine Judge, Christ has the power to judge every man and explains part of His approach.

1) Christ talks tough, strongly rebuking men who judge others and reveals that He will judge each man by how they judged. Consider Christ’s manly, powerful and clear words and imagine your own judgment.

2) Christ warns men not to judge other men (i.e. to condemn a man for his sins) because each man is blinded by his own sin and prone to error.  Review the Church’s reflection on Erroneous Judgment (CCC 1790-1794) and pray for Christ to guide you to grown in holiness and charity towards other men.