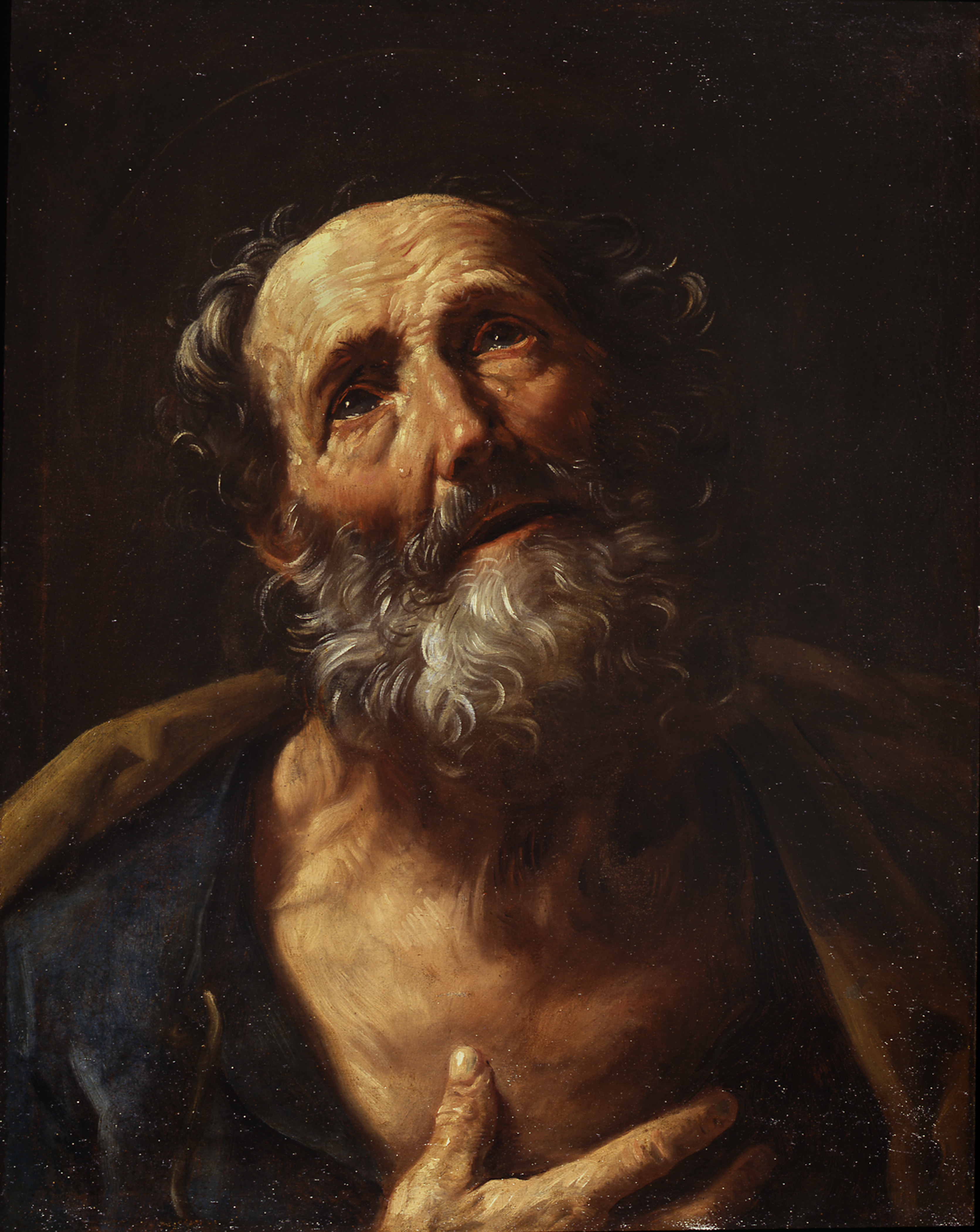 After Feeding the 4000 and performing several healing miracles (healing the deaf mute and the blind man) which prefigure the opening up of the Apostle’s hearts to be able to see and hear the truth, Christ now moves to disclose His Identity. Traveling towards the village of Caesarea Philippi, long a center of the pagan worship of false gods (including Caesar who claimed to be the “son of god”), Christ challenges the Apostles to proclaim their belief.

Asking the Apostles, “Who do people say that I am?”; Christ alludes to His true identity; God reveals Himself by name to Moses by saying “I am” (Exod 3:13-14). They respond, confirming most thought Jesus was great prophet who had returned: John the Baptist, Elijah or another prophet. Christ forces the Apostles to think for themselves: “But who do you say that I am?”. a question that had perplexed Apostles (Mark 4:41). Simon Peter, moved by the Father through the Holy Spirit proclaims, “You are the Messiah.” Christ warns them to not speak of His identity, preferring to reveal Himself according to His own divine plan.

Now that His identity as the Messiah was confirmed, Christ moves disclose the stunning fact that He would be rejected, killed and raised from the dead; this vision is completely at odds with the Jewish hopes for a conquering political Messiah King. Peter, showing his impulsiveness and confusion, seeks to rebuke Christ in private. Christ devastatingly rebukes Peter, likening him to Satan, who opposes the will of God.

Awed by Jesus Christ – Christ is recognized as the long-awaited Messiah and acknowledges that He is the Son of Man. Divine King, Christ forms and leads the Apostles,  viscously rebuking Peter (“Get behind Me, Satan!”) for Peter’s own good. Divine Prophet, Christ predicts the success and persistence of the Catholic Church.

1) Marvel at the many examples of Christ’s mysterious and deliberate plans which prepare men to comprehend His Identity; healing the deaf mute and blind to open the ears and eyes of the Apostles, revealing the Truth of His Divinity in the area where false gods were worshiped, etc.

2) Jesus’ identity as the Messiah is turning point in the Gospels and a turning point in human history; Christ’s impact on the world is beyond measure. Renew your understanding of “The Christ” (CCC 436-440) and pray for Christ to help you continue to grow in awe of Him.

3) Christ’s divine ability to understand the future and His willing acceptance of Passion is startling and mysterious.  Review the Church’s teaching on Christ’s knowledge  (CCC 471-474; 571-573) and pray for Christ to draw you to Himself in the Passion.