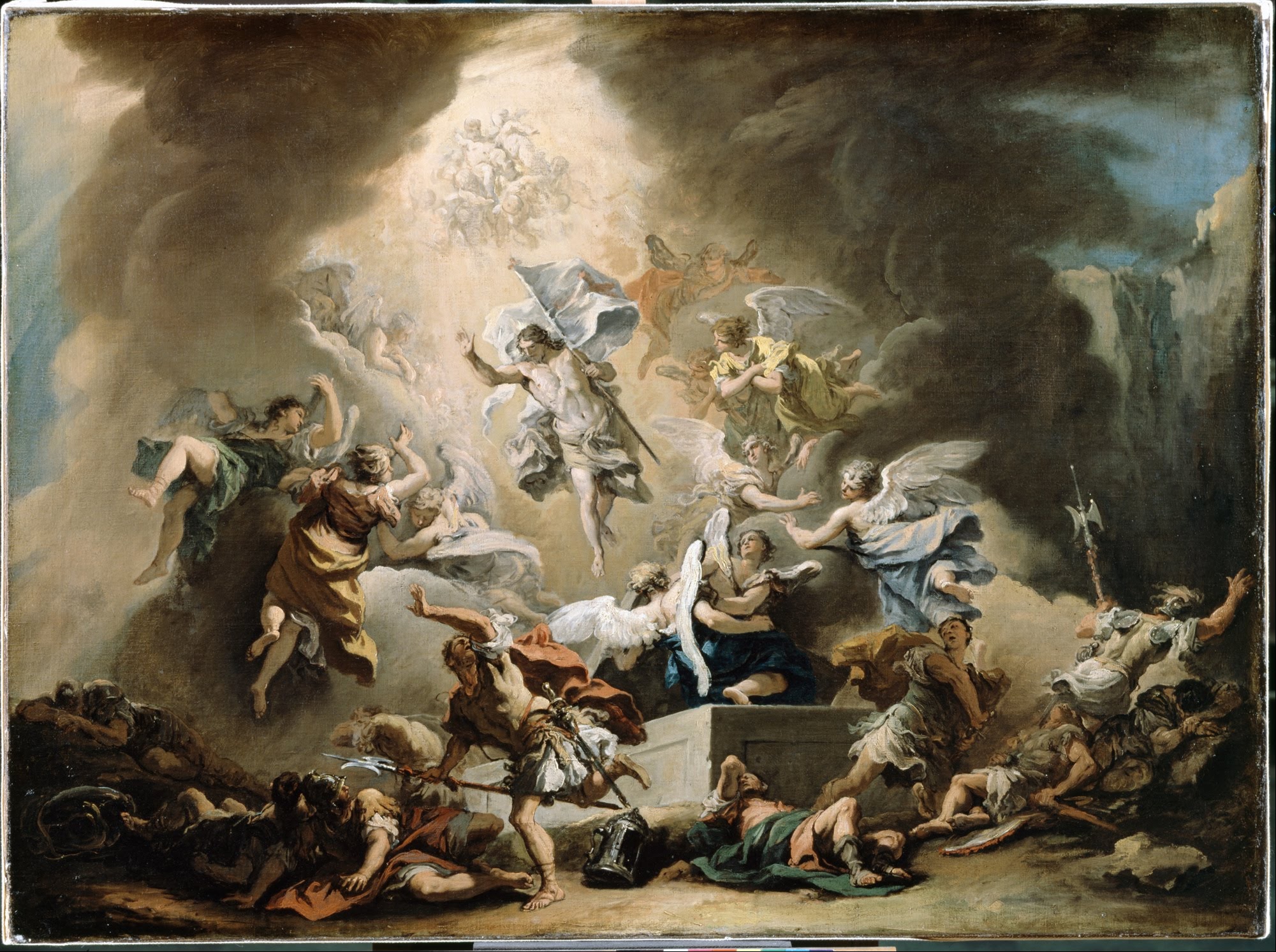 The Gospel reading from the Mass for Sunday Cycle B for the 33rd Week of Ordinary Time is Mark 13:24-32.

Arriving in Jerusalem in preparation for His Crucifixion, Christ denounced the sinfulness and hypocrisy of the Jewish leaders, confirmed Daniel’s prophecy of the desolating sacrilege and revealed the coming severe persecutions and the destruction of the Temple.

After warning of the destruction of Jerusalem, Christ comforts with the promise of the Second Coming.  The days building up to His Second Coming will be stressful, particularly for unbelievers: there will be cosmic events in the skies and the entire world will be shaken and in chaos. Christ reassures His disciples, promising that He will dispatch an army of angels to gather those who are faithful (the elect) from around the world to be redeemed by the Son of Man.

Having asserted that signs in the heavens and on earth will accompany His Second Coming, Christ points to His Creation to help the disciples understand and believe what He has revealed. Just as the leafing out of trees is a perennial sign of summer, so too will be the chaos be a sign of His Second Coming. Christ assures that His Second Coming will be fruitful, bringing new spiritual food just like the trees that perennially provide men with food (figs).  The Kingdom of Heaven, which already exists after His Resurrection, is like a tree in winter which exists but comes into fullness when it blooms in the summer; this will occur at the Second Coming. Despite 2000 years and many generations have passed and He has not yet returned, believers are to remain steadfast and expectant in faith, relying on Christ’s promise that “My words will not pass away.”

Awed by Jesus Christ – Son of God, Christ has omniscience that spans time, knowing the specifics of the coming trials of Salvation History. Divine Prophet, Christ utters frightening prophecies which were and are shrouded in mystery. Divine King, Christ reveals His power to send out multitudes of angels to gather those souls saved.

1) Be awed by Christ’s mysterious and frightening revelations of the cataclysmic events which will accompany His glorious Second Coming.

2) Christ does not give the precise timing of His return in the Second Coming and warns men are to remain vigilantly watchful. Review the Creed’s section, He Will Come Again in Glory (CCC 668-677, 680-682) and pray for Christ to give you an unshakeable faith that can not be deceived.

3) As certain as the perennial leafing out of trees, Christ promises that His Kingdom is coming. Refresh your joy in Christ’s promise in the Lord’s Prayer, Thy Kingdom Come (CCC 2816-2821) and pray for Christ to be always filled with hope and joy for His coming Kingdom.