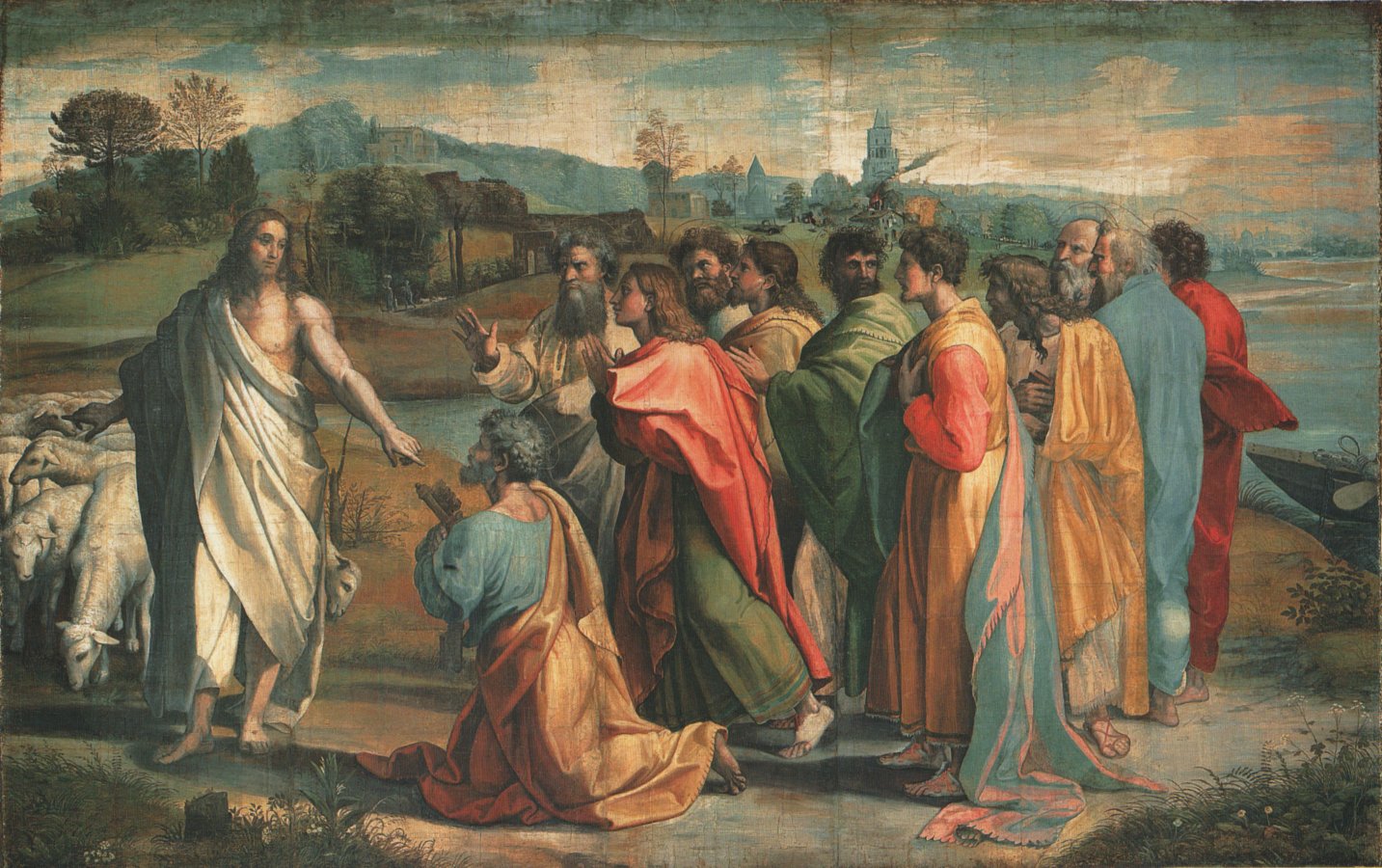 The daily Gospel reading from the Mass for Sunday Cycle B of the 21st Week of Ordinary Time is John 6:60-69.

Completing the Sermon of the Bread of Life in the synagogue at Capernaum, Christ shocks the Jews by revealing that He is the “Bread of Life” who has come down from Heaven and that men must “gnaw” on His Body and drink His Blood to be granted eternal life by Him. With the literal meaning of the Torah their only reference, the Jews move from murmuring to outright violent arguing, concluding that Christ is speaking of cannibalization and the drinking of prohibited blood.

As He was earlier aware of the murmuring (v. 41) of the broader group of Jews in the synagogue and rebuked them, Christ is now aware that His own disciples are murmurring against His teaching on the Eucharist. Rather than explain that the Eucharist is His glorified Body and Blood on which men must feast, Christ rebukes them for being offended and for their lack of ability to grasp the truth about the perishable body and the eternal “spirt and life.” Knowing “from the first” which disciples would refuse to believe and even those who would betray Him, Christ reveals that the Father has rejected those who disbelieve.

Undeterred by the loss of many of His disciples, Christ confronts the 12 Apostles, asking if they too will abandon Him. Simon Peter, demonstrating why Christ picked him to lead His Church, speaks for the belief of the 12 and confirms that Christ is the “Holy One of God.” Omitted from the Missal (v. 70-71) is Christ’s response: with Divine Knowledge, Christ warns Peter that one of the 12 Apostles (Judas)  does not believe, is possessed by a devil and will betray Him.

Awed by Jesus Christ – Son of God, Christ has a definitive plan of salvation and is undeterred by the defection of large numbers of disciples. Son of Man, Christ reveals that He is from Heaven. Divine Prophet, Christ reveals the truth of “the spirit”, confirms the existence of devils and alludes to His future betrayal by Judas. Divine King, Christ bluntly condemns the defecting disciples’ disbelief and confronts the 12 Apostles about their belief.

1) Be awed by Christ’s fortitude and unwillingness to compromise on the truth of the Eucharist, even in the loss of most of His disciples.

3) In this increasingly corrupt and relativistic society where sin is celebrated, there is strong pressure (being ridiculed, mocked and ostracized, attacked, lost of employment) for Catholic men to avoid speaking the truth about the faith; this is not Christ’s way. Renew your commitment to Defend the Faith (CCC 1285, 1303) and pray for Christ to help you be prudent and courageous in promoting and defending His Gospel in the world.