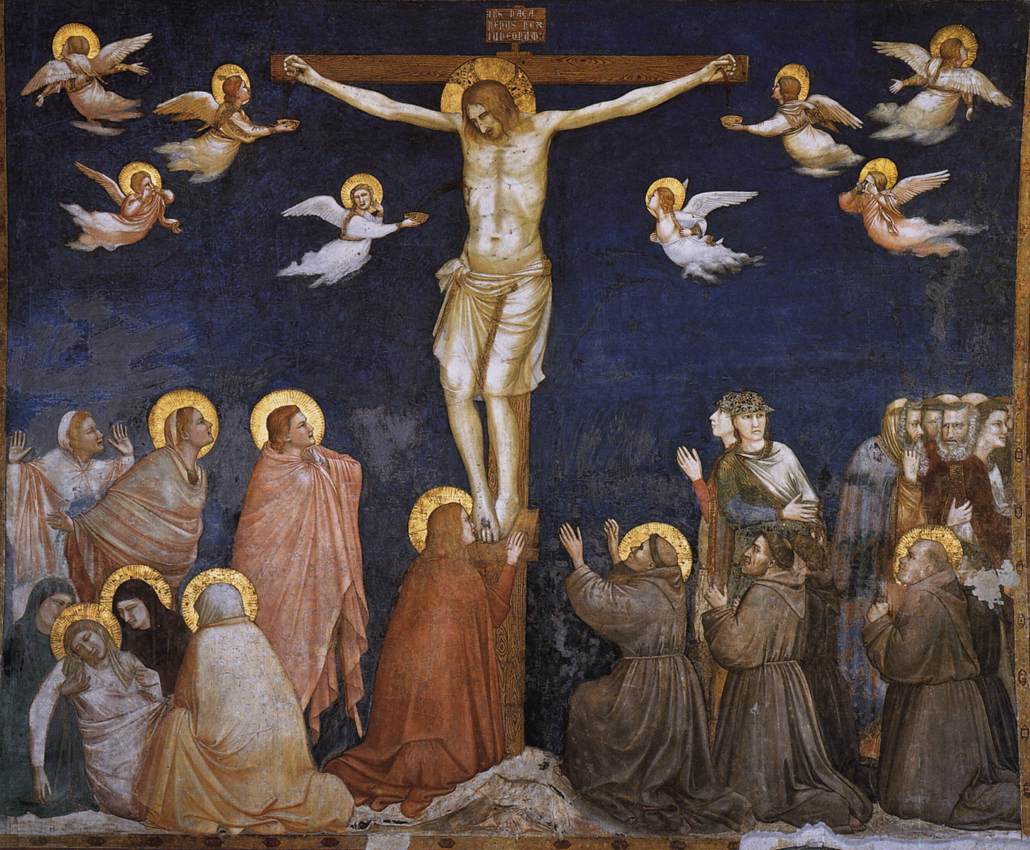 The Gospel reading from the Mass for the Feast of the Exaltation of the Holy Cross is John 3:13-17.

Nicodemus, a member of the ruling Jewish council (Sanhedrin) who is impressed by Christ, approaches Him in the night, seeking illumination. After rebuking Nicodemus for a lack of understanding, Christ reveals His true identity and mission, cryptically pointing to His Crucifixion and the salvation that will come to all who believe through the Resurrection.

Christ’s revelation about the Son of Man is astounding because only God Himself could know these things: the Son of Man comes from Heaven, is God’s Son, knows God’s intentions for the Incarnation and the salvation of men, etc.  To help Nicodemus grasp the salvation which flows from Christ’s cruxifixction on the Cross, Christ recalls that during the Exodus, God required those bitten by poisonous snakes to gaze upon the bronze serpent Moses raised up (Num 21:4-9); so too will men have to believe in the Crucified Christ raised on the Cross to receive eternal life; men who refuse to believe in in Christ, the only Son of God, are condemned.

From the earliest days of the Church, the Cross of Christ was held with supreme reverence because it was symbol of Christ’s sacrifice and man’s salvation (1 Cor 1:17, Gal 6:14, Eph 2:16). After the Crucifixion, the Cross on which Christ was crucified was preserved in Jerusalem for over 300 years until it was discovered by St. Helena, the mother of the first Christian emperor Constantine. Fragments of the “True Cross”, found near the Holy Sepulcher (Christ’s tomb), were maintained in Jerusalem and also transported to Rome and Constantinople. The Feast of the Exaltation of the Holy Cross has been celebrated since at least the 7th Century; fragments of the True Cross continue to be venerated in numerous locations.

Awed by Jesus Christ – Son of God, Christ has eternal divine experience which confirm His Divinity. Son of Man, Christ is the long-awaited Messiah who descends from Heaven. Divine Prophet, Christ mysteriously reveals that His Crucifixion will offer men salvation and leaves men the blessing of the True Cross to build men’s faith across time.

1) Be astounded that Christ mysteriously chooses the Cross, an instrument and symbol of death, to bring about eternal life for all men willing to believe in Him.