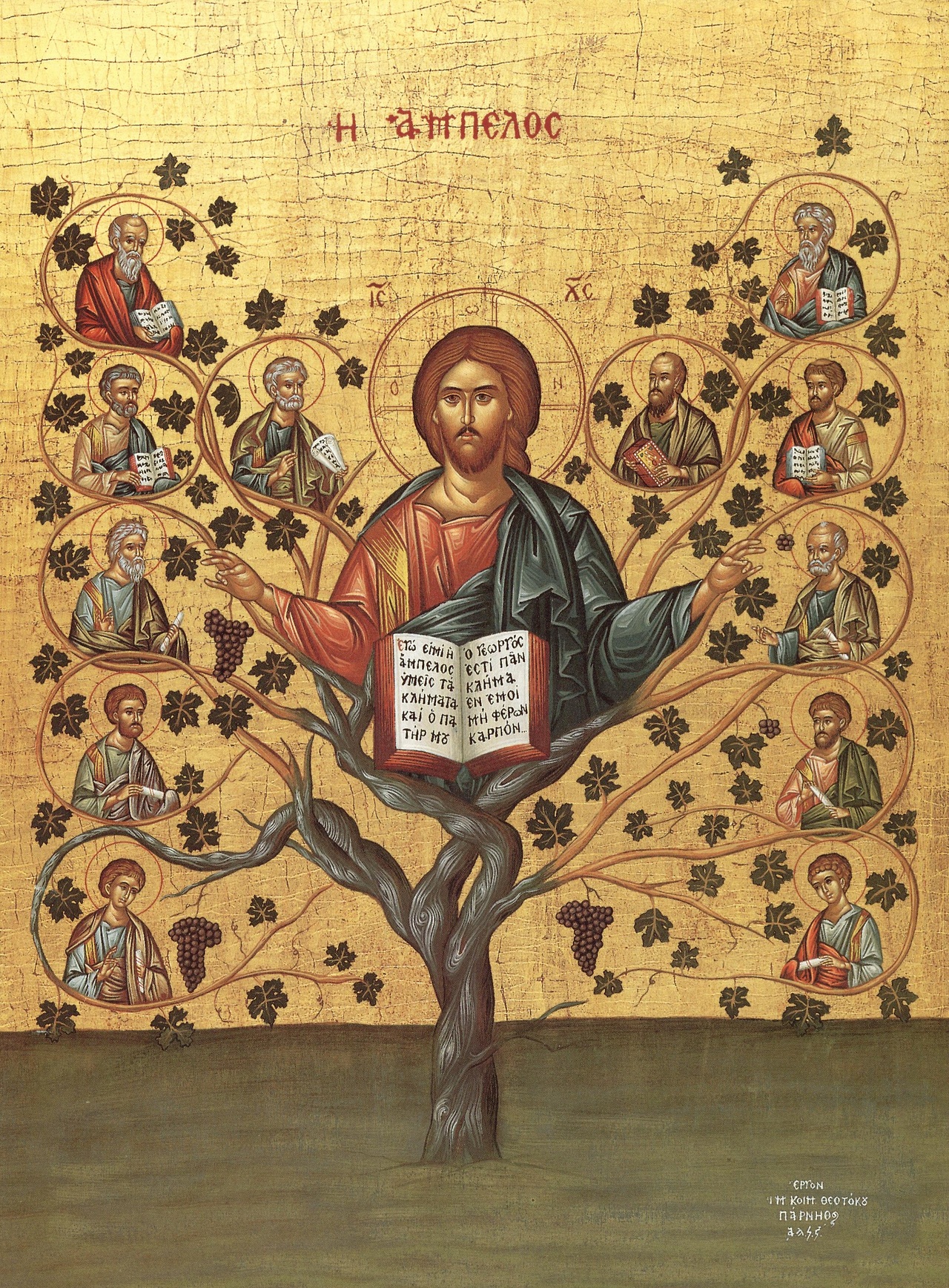 The daily Gospel reading from the Mass for Wednesday of the Fifth Week of Easter is John 15:1-8.

Christ continues His Farewell Discourse (John 13:31-16:33) in Jerusalem during Holy Week, preparing the Apostles for their mission after His departure to build the Church. After revealing His coming departure and directing the Apostles to demonstrate their obedience to Him by keeping His commandments, Christ now gives them the means by which they may be fruitful in the Church.

Beginning with the powerful (“Truly”) proclamation of His Divinity (“I am”; Exod 3:14), Christ gives the allegory of the Vine and Branches.  Christ (the vine) comes into the world to draw men to God (bear fruit).  Men (the branches) must remain attached to Christ (the vine) to build the His Church/the Kingdom (bear fruit) and the Father will continually challenge (prune) them to become even more effective. For those men who reject Christ (do not abide), the Father (the vinedresser) will allow their demise (remove) and their souls will be lost to Hell (thrown in the fire and burned).

Christ has cleansed the Apostles though their apprenticeship, preparing them to be fruitful in evangelizing the world. Being fruitful requires the Apostles to “abide” in Christ and Christ promises to abide in men; as He has established with the Last Supper, He will abide in men through His Body and Blood in the Sacrament of the Eucharist. For men who abide in Christ, anything they ask will be done for them. Christ expects His men to   evangelize the world (bear much fruit) to prove they are indeed His disciples. Those who do not abide in Christ can do nothing of lasting blessing (wither); they are doomed.

Awed by Jesus Christ – Son of God, Christ has the wisdom and power to abide in every man. Divine Prophet, Christ offers powerful, enduring metaphors (Vine and Branches) to reveal deep spiritual truths (the Sacrament of the Eucharist). Divine King, Christ is demanding, expecting much of men to prove they are His disciples.

1) God’s forethought for the establishment of the Eucharist so that men can abide in Christ is both divine genius and the perfection of mercy.  Be awed.

2) As men become mired in sin, they drift farther and father from Christ, impure and cut off from Him. During Easter, return to the Sacrament of Reconciliation (CCC 1420-1498) and abide in Christ; make it a practice to go to Confession at least once a month, or more as necessary.